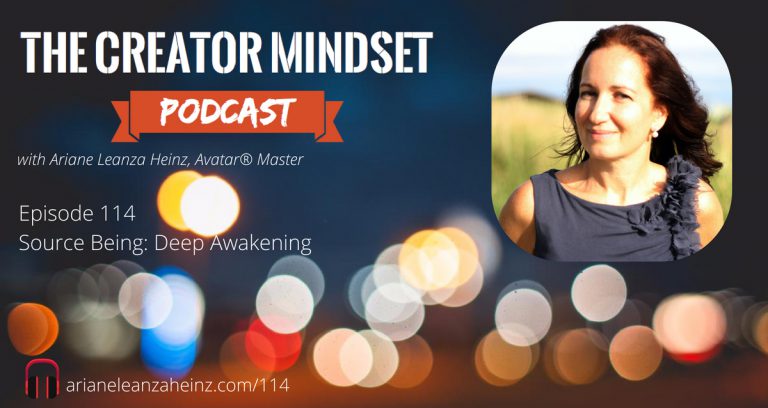 This episode is the twenty-second of the series where Ariane reads from “The Way We Came” by Harry Palmer.

There are moments on The Avatar Course when all thought processes stop, and one becomes fully aware of existence without creating any reaction or response to it. Self moves beyond the scope of daily concerns, slips time and definition, and realizes itself as a facet of the description-less source in which all things, real or imagined, have their beginning.