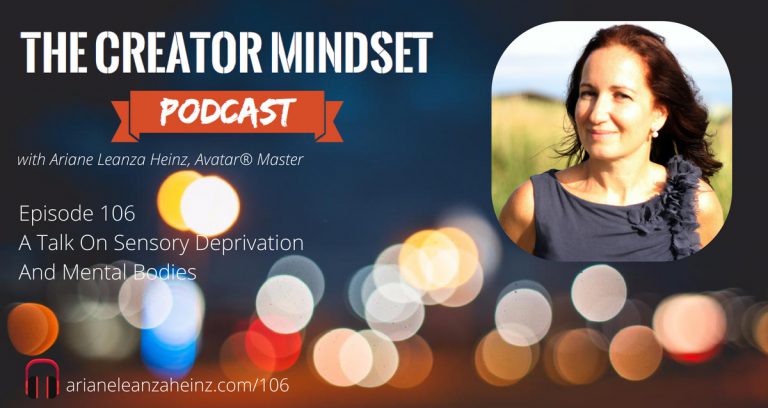 Episode 106 A Talk on Sensory Deprivation and Mental Bodies

This episode is the fourteenth of the series where Ariane reads from “The Way We Came” by Harry Palmer.

First, for those of you who are not familiar with sensory deprivation tanking, it’s an eight-foot-long sealable tank with about ten inches of very high-density salt water. You float on your back in the salt water. The air and the water are adjusted to about 94 degrees, which is the same temperature as your skin. – Palmer, Harry. The Avatar® Path: The Way We Came). Star’s Edge International.