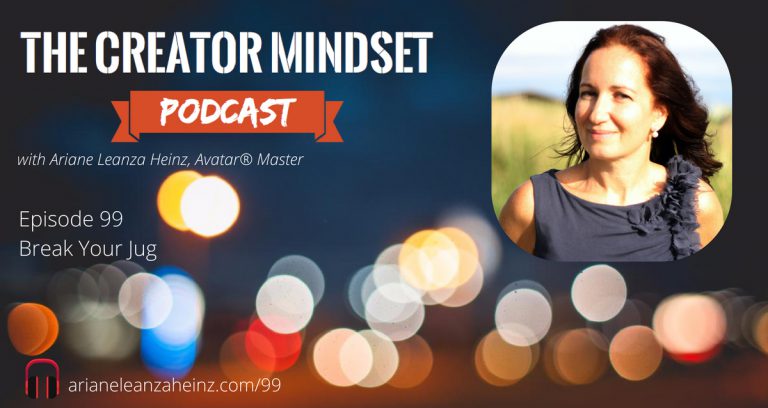 What was shared in this episode:​​

This episode is the seventh of the series where Ariane reads from “The Way We Came” by Harry Palmer.

There is an old story about a farmer who finds a pumpkin that has just started to develop. To protect the little pumpkin against the elements, he slips it inside a jug. Then he goes on his way and forgets about it. When harvest time comes, the pumpkin has grown only as large as the jug. The jug that once protected it, eventually limits its growth. – Harry Palmer