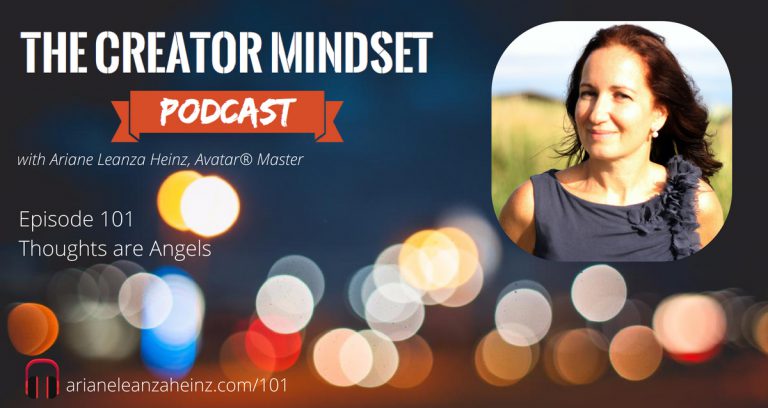 This episode is the ninth of the series where Ariane reads from “The Way We Came” by Harry Palmer.

I was thinking about thoughts. Well, actually I was just watching them go by. It occurs to me that there is some hierarchy of thought. Kinds of thought?maybe like the different kinds of clouds. There could be cirrus thoughts, nimbus thoughts, cumulus thoughts or just plain foggy thinking. Totally fogged-in thoughts, zero visibility. Maybe that’s the condition of not being able to see beyond our own conclusions. – Palmer, Harry. The Avatar® Path: The Way We Came. Star’s Edge International.