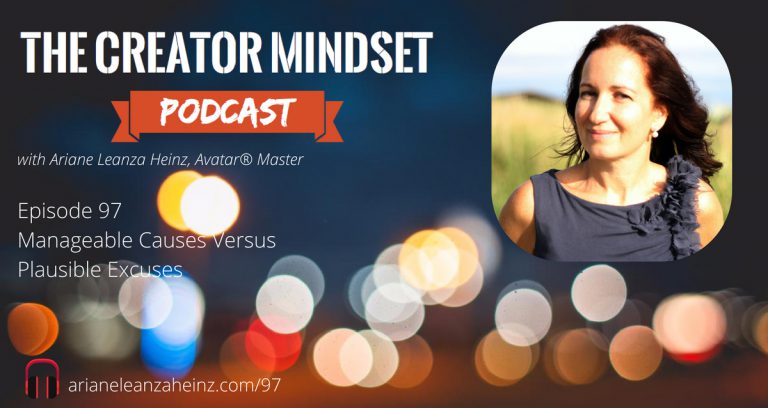 This episode is the fifth of the series where Ariane reads from “The Way We Came” by Harry Palmer.

About the title of this book

Chapter 5: Manageable Causes Versus Plausible Excuses
The Story of The Avatar Materials: How does Avatar affect future generations?
Key Takeaways

Argue for your limitations, and sure enough they’re yours. – Richard Bach
Everyone has a right to choose what they believe, but no one is right because of what they believe. How we behave toward each other is the measure of right and wrong, not what we believe.