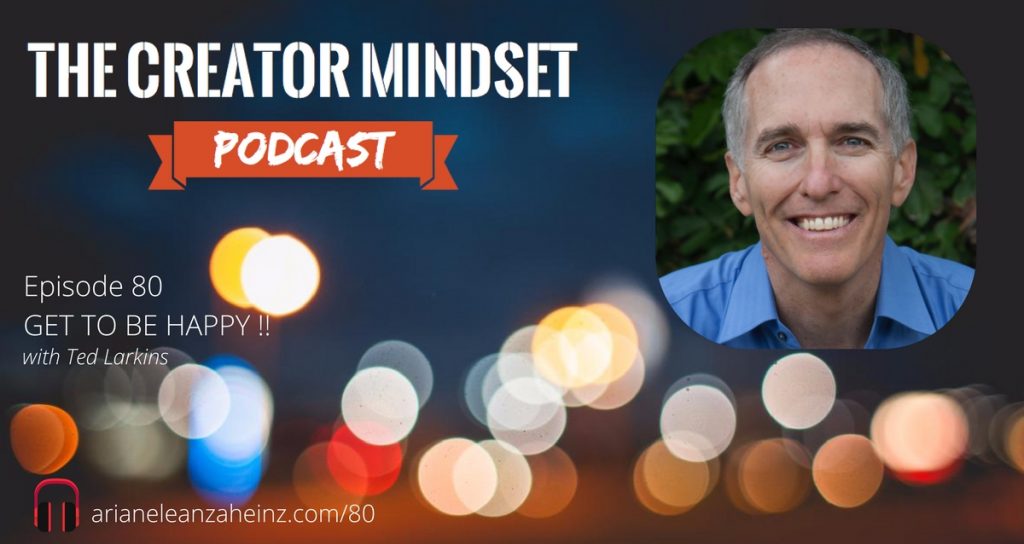 Episode #80 GET TO BE HAPPY with Ted Larkins

Bio of the Artist:

Ted Larkins is an author, speaker, accomplished business executive and coach on happiness. Through his book and keynote talks, he shares the powerful Get To Principle, the ability to say “I Get To” as opposed to “I have to”. Ted also co-developed a leading entertainment licensing company in Tokyo, representing major movie studios that included Paramount Pictures, Sony Pictures, and 20th Century Fox. He’s worked on projects with Jon Bon Jovi, Jack Nicklaus, Mariah Carey, and many other artists. He is former Senior Vice President of the North American division of CPLG, one of the world’s leading entertainment, sport and brand licensing agencies. He is on the board of directors of the Licensing Industry Merchandise Association (LIMA), co-chairing the charity committee and sitting on the executive committee. He is a guest lecturer for the UCLAx Entertainment Studies and Performing Arts program.

Ariane sat down with Ted. In this interview they discuss the best things about attending Avatar. They also dig deep on the “I Get To” attitude. Listen in as they unravel the great things that happened to them after attending the Avatar course.